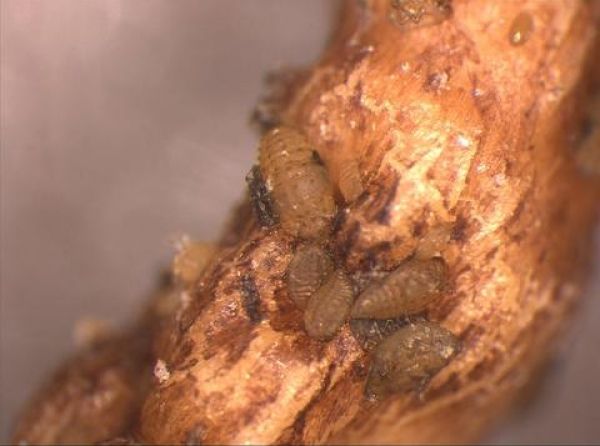 A heavy phylloxera infestation, as occurred in the Pacific Northwest last year, could cause grapevines to lose their leaves.

Following a decade-long effort, scientists have mapped out the genome of an aphid-like pest capable of decimating vineyards. In so doing, they have discovered how it spreads — and potentially how to stop it.

The research team’s work on the genome was published this past week in a BMC Biology paper. In it, they identified nearly 3,000 genes enabling the insect, phylloxera, to colonize and feed on grape vines by creating what are essentially nutritionally enhanced tumors. The insects live in and feed off of the structures they create.

“In effect, phylloxera creates its own refrigerator on the plant that it can feed from whenever it wants,” said Paul Nabity, an assistant professor of plant-insect ecology at UC Riverside. In addition to feeding the insects, these structures also protect them from attack by other parasites.

Image via University of California Riverside