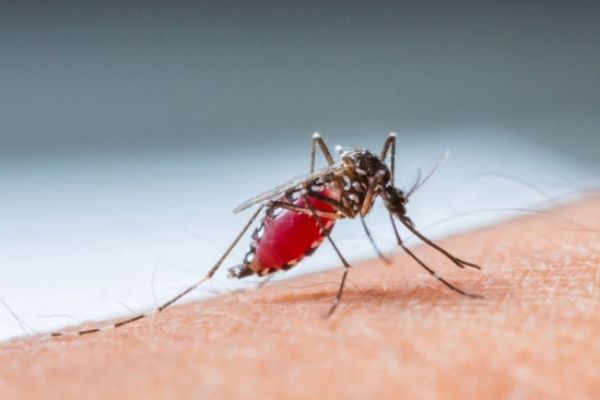 Even as the world’s attentions are currently focused on eliminating COVID-19, there are other diseases that have long been the target of major public health efforts . Among them: malaria — a mosquito-borne parasitic infection that claims almost half a million lives each year, the vast majority of which are in sub-Saharan Africa. Billions of dollars are spent annually on both prevention and treatment, in hopes of eliminating the disease in heavily burdened countries.

But several obstacles persist, not the least of which is the sustainability of manufacturing effective antimalarial drugs. Key questions remain about how they are made, and their cost, especially if they are to be broadly circulated among developing countries.

“Current ways of making these molecules, quite frankly, are traditional. Worldwide, we chemists are utilizing raw materials at an alarmingly unsustainable rate,” said UC Santa Barbara organic chemistry professor Bruce Lipshutz. The petroleum reserves and precious metals such as palladium that are necessary for the preparation of these and many other drugs are in finite supply, he added. Moreover, their extraction is often damaging to the environment, and the chemistry for which they are used is incredibly waste-generating, which necessitates costly handling and cleanup.