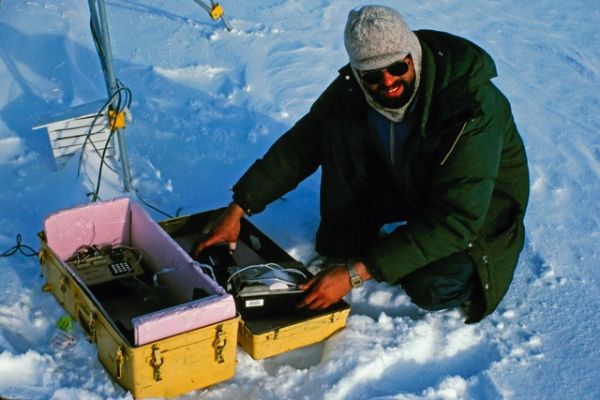 The St. Patrick Bay ice caps on the Hazen Plateau of northeastern Ellesmere Island in Nunavut, Canada, have disappeared, according to NASA satellite imagery.

National Snow and Ice Data Center (NSIDC) scientists and colleagues predicted via a 2017 paper in The Cryosphere that the ice caps would melt out completely within the next five years, and recent images from NASA’s Advanced Spaceborne Thermal Emission and Reflection Radiometer (ASTER) have confirmed that this prediction was accurate.

Mark Serreze, director of NSIDC, Distinguished Professor of Geography at the University of Colorado Boulder, and lead author on the paper, first set foot on the St. Patrick Bay ice caps in 1982 as a young graduate student. He visited the ice caps with his advisor, Ray Bradley, of the University of Massachusetts.

“When I first visited those ice caps, they seemed like such a permanent fixture of the landscape,” said Serreze. “To watch them die in less than 40 years just blows me away.”