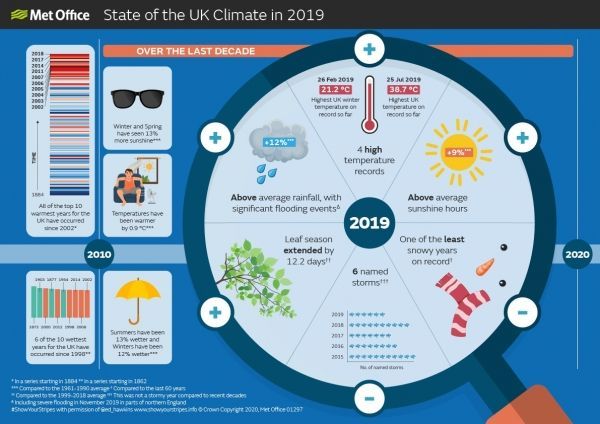 The sixth report in the State of the UK Climate series confirms that 2019 was the 12th warmest year in a series from 1884.

Although sitting outside the top ten warmest years in the series (all since 2002), 2019 was most remarkable for setting four UK high temperature records, including: