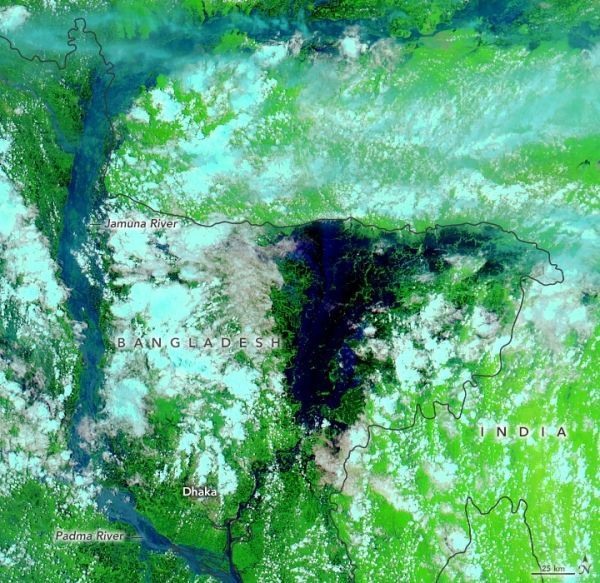 Monsoon-related flooding, which has been ongoing since June 2020, has inundated a quarter of the country.

Since early June 2020, monsoon-related floods have devastated millions of people in South and East Asia. One of the countries most severely affected has been Bangladesh, where at least a quarter of the country was inundated. Officials reported that more than four million people have been affected and at least 100 had died as of July 28.

The images above show northeast Bangladesh on June 2 (left) and July 25 (right). These false-color images, acquired with the Moderate Resolution Imaging Spectroradiometer (MODIS) on NASA’s Aqua satellite, use a combination of infrared and visible light (bands 7-2-1) to make it easier to see the boundary between water and land. Water appears navy blue and black; clouds are white or cyan; and vegetation is bright green. The image below shows the flooding on July 25 in natural color.