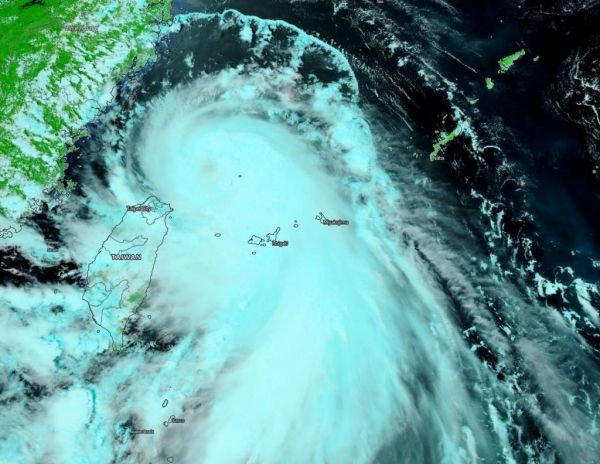 NASA-NOAA’s Suomi NPP satellite provided forecasters with a visible image of Typhoon Hagupit in the Northwestern Pacific Ocean that showed the development of an eye as it quickly intensified. Imagery also showed a thick band of thunderstorms that resembled a giant tail, spiraling into the powerful storm.

Tropical Depression 03W formed northeast of Luzon, Philippines on August 1 and was renamed Hagupit when it strengthened to a tropical storm on Aug. 2. By Aug. 3, Hagupit had quickly intensified into a typhoon.

On Aug. 3, the Visible Infrared Imaging Radiometer Suite (VIIRS) instrument aboard Suomi NPP revealed that the storm had developed an eye, although it appeared somewhat obscured by high clouds. VIIRS showed that powerful bands of thunderstorms had circled the eye. A large, thick band of thunderstorms that extended south-southeast of the center looked like a giant tail on the VIIRS imagery. Hagupit was northeast of Taiwan at the time Suomi NPP passed overhead.