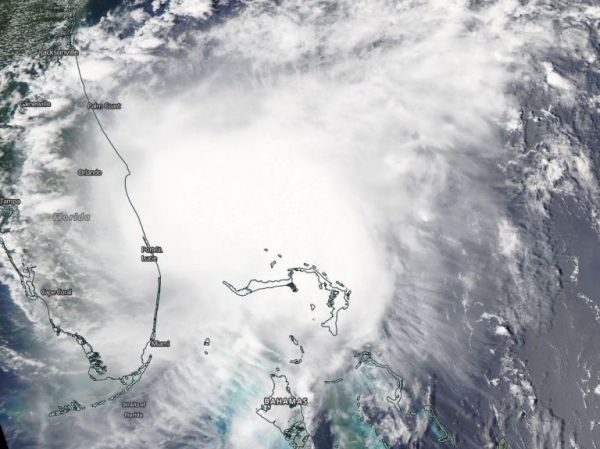 On Aug. 3, Warnings and Watches stretched from Florida to Maine.

The Moderate Resolution Imaging Spectroradiometer or MODIS instrument that flies aboard NASA’s Aqua satellite captured a visible image of Tropical Storm Isaias on Aug. 2 at 1:30 p.m. EDT. There was no visible eye in the storm at the time of the imagery. The satellite image was created using NASA’s Worldview product at NASA’s Goddard Space Flight Center in Greenbelt, Md.

NASA’s Aqua satellite passed over Isaias on Aug. 3 at 3:45 a.m. EDT (0745 UTC) when it was off the coast of northeastern Florida and found highest concentrations of water vapor and coldest cloud top temperatures were offshore and mostly north and northeast of the center.