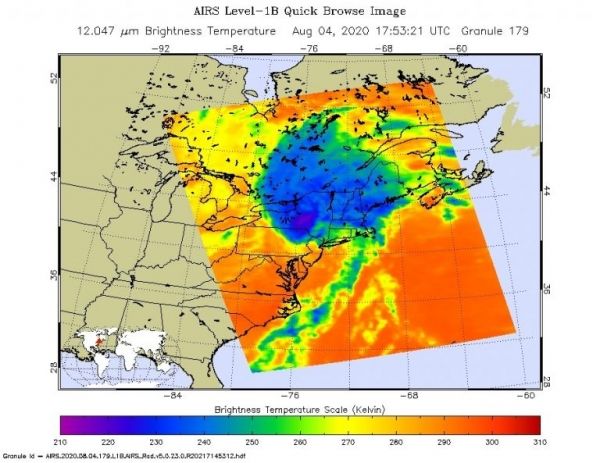 Tropical Storm Isaias has transitioned into a post-tropical storm as it moved out of the U.S. and into eastern Canada on Aug. 5 and 6.

Infrared instruments enable satellites to gather imagery on storms at night because they read temperature. At NASA’s Goddard Space Flight Center in Greenbelt, Md. an animation of imagery from the VIIRS instrument aboard NASA-NOAA’s Suomi NPP satellite imagery showed the positions of Tropical Storm Isaias from Aug. 2 to Aug. 5 at night as it moved north along the U.S. East Coast.