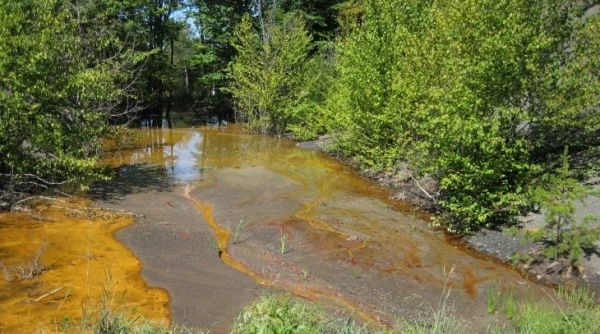 Rare earth elements are a group of 17 minerals widely used in advanced technologies and designated by the U.S. as critical to the country’s economic and national security.

A new way to treat acid mine drainage (AMD) could help transform the environmental pollution problem into an important domestic source of the critical rare earth elements needed to produce technology ranging from smart phones to fighter jets, according to Penn State scientists.

“Acid mine drainage has been a significant environmental concern for many decades,” said Mohammad Rezaee, assistant professor of mining engineering in the College of Earth and Mineral Sciences at Penn State. “This research shows we can modify existing treatment processes in a way that not only addresses environmental concerns, but at the same time recovers valuable elements and actually decreases the cost of treatment.”

A team of Penn State scientists developed a two-stage treatment process that enabled them to recover higher concentrations of rare earth elements using smaller amounts of chemicals than previously possible, the scientists said.