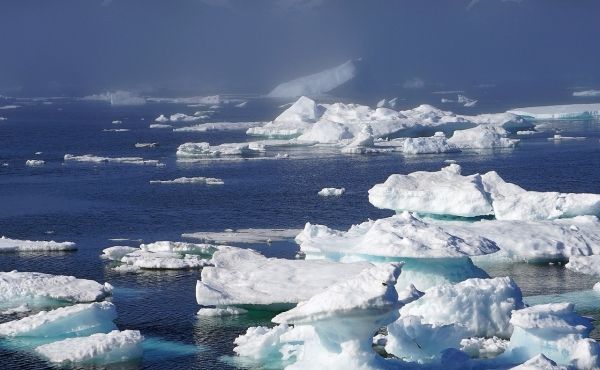 A new study, published this week in the journal Nature Climate Change, supports predictions that the Arctic could be free of sea ice by 2035.

A new study, published this week in the journal Nature Climate Change, supports predictions that the Arctic could be free of sea ice by 2035.

High temperatures in the Arctic during the last interglacial – the warm period around 127,000 years ago – have puzzled scientists for decades. Now the UK Met Office’s Hadley Centre climate model has enabled an international team of researchers to compare Arctic sea ice conditions during the last interglacial with present day. Their findings are important for improving predictions of future sea ice change.

During spring and early summer, shallow pools of water form on the surface of Arctic sea-ice. These ‘melt ponds’ are important for how much sunlight is absorbed by the ice and how much is reflected back into space. The new Hadley Centre model is the UK’s most advanced physical representation of the Earth’s climate and a critical tool for climate research and incorporates sea-ice and melt ponds.

Using the model to look at Arctic sea ice during the last interglacial, the team concludes that the impact of intense springtime sunshine created many melt ponds, which played a crucial role in sea-ice melt. A simulation of the future using the same model indicates that the Arctic may become sea ice-free by 2035.