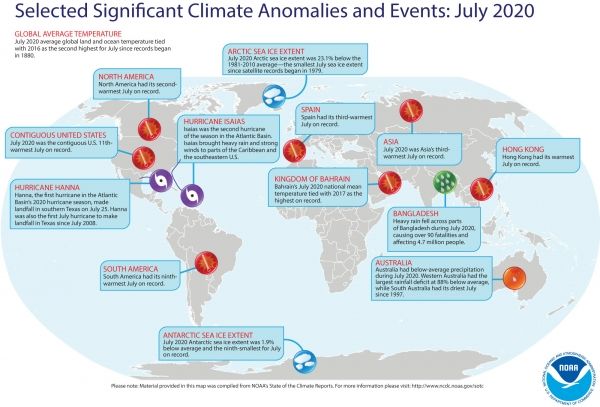 July 2020 has tied for second-hottest July on record for the globe, according to NOAA’s National Centers for Environmental Information.