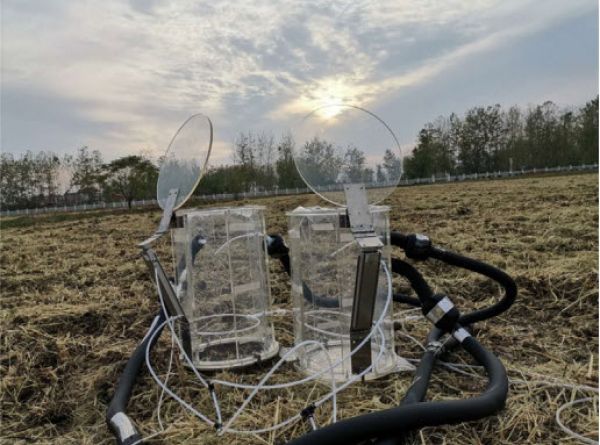 These results revealed that soil emission from farmland was an important source of HONO.

Researchers at the Anhui Institute of Optics and Fine Mechanics, Hefei Institutes of Physical Science developed an automated dynamic chamber system to simultaneously measure the HONO flux and NOX flux in farmland ecosystems. And their work was published in Science of The Total Environment.

Nitrous acid (HONO), an important precursor of the hydroxyl radical (OH), plays a key role in atmospheric chemistry. Due to its importance, in spite of decades of research, how HONO is formed remains controversial.

In this study, the researchers first developed an automated dynamic chamber system to simultaneously measure the HONO flux and NOX flux. Then the newly-developed instrument was applied to field observation in Huai River basin and the researchers obtained, for the first time, the HONO and NOX exchange flux of farmland in that area.