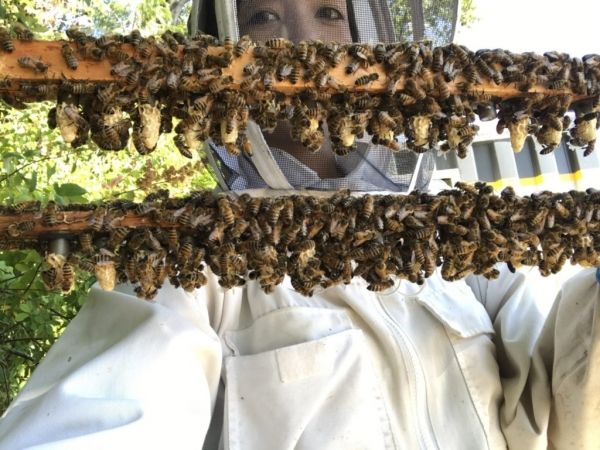 Scientists at UBC are unravelling the mysteries behind a persistent problem in commercial beekeeping that is one of the leading causes of colony mortality—queen bee failure.

This occurs when the queen fails to produce enough fertilized eggs to maintain the hive, and is regularly cited by the Canadian Association of Professional Apiarists as one of the top causes of colony mortality.

In recent research outlined in BMC Genomics, University of British Columbia and North Carolina State University researchers identified specific proteins that are activated in queen bees under different stressful conditions: extreme heat, extreme cold, and pesticide exposure—conditions that can affect the viability of the sperm stored in the honey bee queen’s body. If the queen does not have enough live sperm to produce enough fertilized eggs to maintain its population of worker bees, the colony will eventually die out.

Scientists then measured the levels of these markers in a collection of queens in B.C. that had failed in the field, and found that they had higher levels of heat-shock and pesticide protein markers compared to healthy queens. The results pave the way for a future diagnostic test to help beekeepers understand, and prevent, queen bee failure in the future.