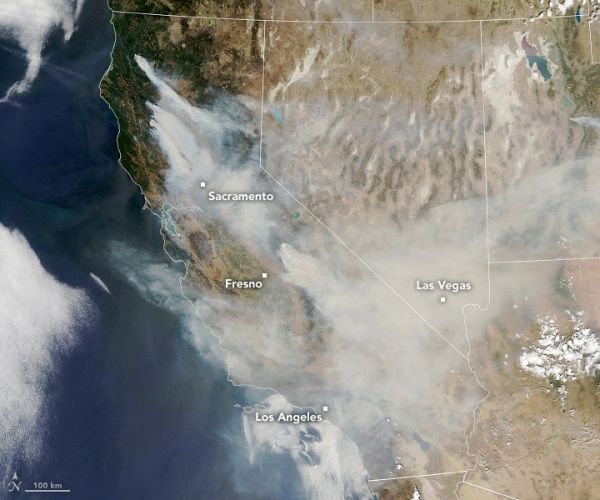 Though serious fires burned in California and other western states for much of August 2020, many new fires were ignited and others surged in intensity over Labor Day weekend. Cold air from Canada spilled into the Great Basin and helped trigger powerful wind storms in the Pacific Northwest.

With record-breaking heat and extreme drought conditions already gripping much of the region, the addition of high winds further energized the fires, prompting many to spread rapidly and loft vast columns of smoke high into the air.

When the Aqua and NOAA-20 satellites acquired these images on September 7, 2020, smoke filled the skies across several states. In a few instances, fires grew so hot that they created pyrocumulus “fire clouds” that lofted columns of smoke several miles into the atmosphere. Thick smoke triggered warnings of unhealthy air quality in the region.