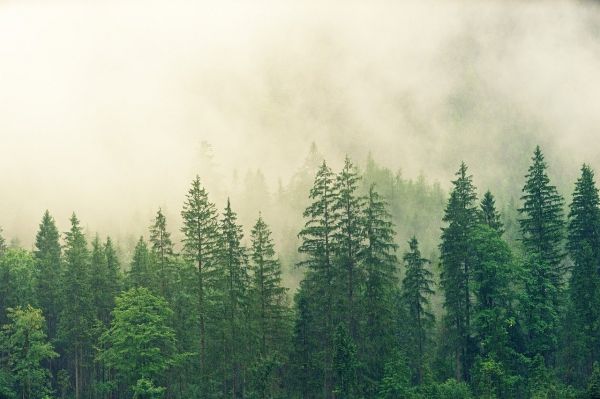 Nations around the world are pledging to plant billions of trees to grow new forests.

Nations around the world are pledging to plant billions of trees to grow new forests. But a new study shows that the potential for natural forest regrowth to absorb carbon from the atmosphere and fight climate change is far greater than has previously been estimated.

When Susan Cook-Patton was doing a post-doc in forest restoration at the Smithsonian Environmental Research Center in Maryland seven years ago, she says she helped plant 20,000 trees along Chesapeake Bay. It was a salutary lesson. “The ones that grew best were mostly ones we didn’t plant,” she remembers. “They just grew naturally on the ground we had set aside for planting. Lots popped up all around. It was a good reminder that nature knows what it is doing.”

What is true for Chesapeake Bay is probably true in many other places, says Cook-Patton, now at The Nature Conservancy. Sometimes, we just need to give nature room to grow back naturally. Her conclusion follows a new global study that finds the potential for natural forest regrowth to absorb atmospheric carbon and fight climate change has been seriously underestimated.

Tree planting is all the rage right now. This year’s World Economic Forum in Davos, Switzerland, called for the world to plant a trillion trees. In one of its few actions to address climate concerns, the U.S. administration — with support from businesses and nonprofits such as American Forests — last month promised to contribute close to a billion of them — 855 million, to be precise — across an estimated 2.8 million acres.