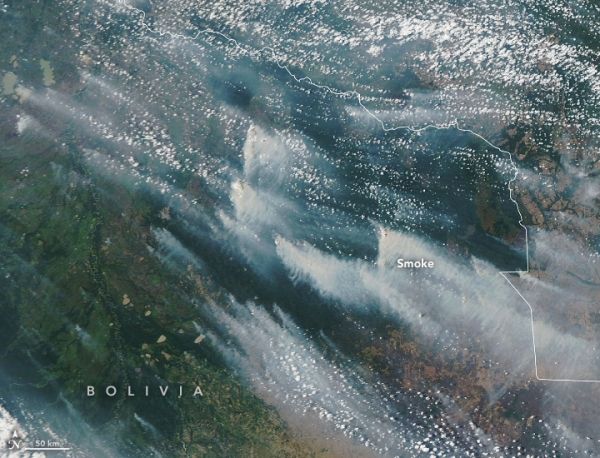 For the second year in a row, fires have been widespread and persistent in the South American country.

Small, controlled fires have long been a seasonal occurrence in Bolivia. They are routinely used as a tool to maintain pastures, burn off spent crops, clear brush and forest, fertilize soil, and burn trash. But the fires in 2020—like those in 2019—have been anything but routine. They have prompted the government to declare a state of emergency.

Rather than remaining small and burning for short periods, fires this year have escaped and burned unchecked in several ecosystems, including the Pantanal wetlands in the eastern part of the country; the dry Chiquitano forest in the southeast; and Beni savanna and Amazon rainforest areas in the north. Satellites have observed fires burning throughout August, September, and October, charring large areas and emitting a pall of smoke that has often darkened skies over the region.