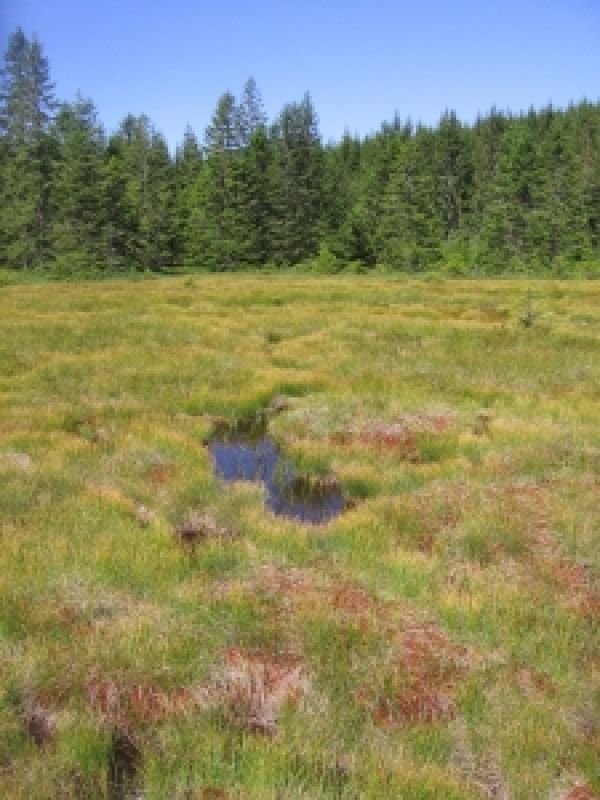 Climate change is leaving its mark on the bog complexes of the German Black Forest.

Due to rising temperatures and longer dry periods, two plant species have already gone extinct over the last 40 years. The populations of many others have decreased by one third. In the next couple of decades ten more species could become extinct, researchers from Martin Luther University Halle-Wittenberg (MLU) and the German Centre for Integrative Biodiversity Research (iDiv) write in "Diversity and Distributions".

There are only a few healthy ombrotrophic bogs, raised bogs and spring mires left in Germany. They used to cover large swathes of north-western Germany. Today they are still found in the foothills of the Alps and on low mountain ranges, for example in the Black Forest. They are very sensitive ecosystems that are highly dependent on certain climatic conditions. "These bogs and spring mires are seismographs of climate change. They react very sensitively to small changes in precipitation and temperature," says professor Helge Bruelheide, a geobotanist at MLU and a member of iDiv. Bog complexes also have a very high proportion of endangered plant and animal species.