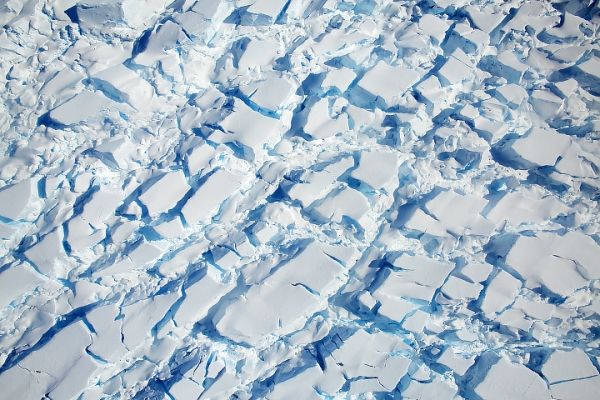 Scientists project ice losses from the Greenland and Antarctic Ice Sheets will play a large part in sea level rise in the upcoming century.

Just like forests can grow and shrink over time, so do glaciers, ice shelves, and ice sheets. Sometimes, ice grows through snow accumulation. Other times, it loses mass from melting or from calving icebergs. With modern satellites, scientists can measure and monitor these gains and losses with ever-increasing precision.

One key measurement for assessing the health of these frozen reservoirs is ice height, which scientists use to calculate mass changes over time. Researchers combine ice height measurements with other observations to determine the thickness and volume of a piece of ice, which is then converted into mass.

In recent decades, Earth’s ice-covered regions have been losing more mass than they are gaining. Rising global temperatures are melting glaciers and ice sheets, reducing their thickness, length, and mass. The water from that melted ice flows into the ocean and adds to its volume: Scientists estimate that every 360 gigatons of added melt water raises global sea level by one millimeter. While melting ice is not the only contributor to sea level rise, satellite records since the 1990s shows that it has been the largest contributor.