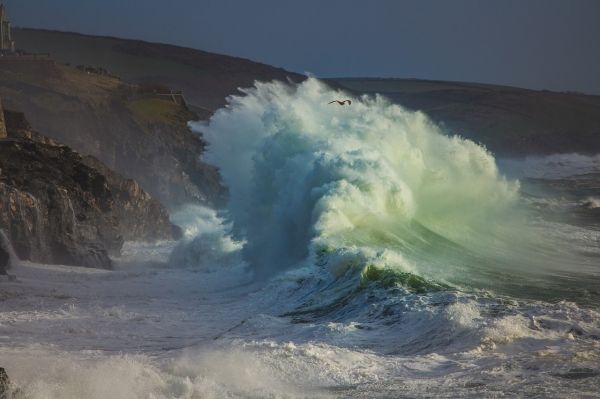 Vibrations travel through our planet in waves, like chords ringing out from a strummed guitar.

Vibrations travel through our planet in waves, like chords ringing out from a strummed guitar. Earthquakes, volcanoes and the bustle of human activity excite some of these seismic waves. Many more reverberate from wind-driven ocean storms.

As storms churn the world’s seas, wind-whipped waves at the surface interact in a unique way that produces piston-like thumps of pressure on the seafloor, generating a stream of faint tremors that undulate through Earth to every corner of the globe.

“There is an imprint of those three Earth systems in this ambient seismic data: atmosphere, Earth’s rocky outer layers and ocean,” said Stanford University geophysicist Lucia Gualtieri, lead author of a paper in Proceedings of the National Academy of Sciences that helps to resolve a decades-old conundrum over the physics of seismic waves related to ocean storms.

Known as secondary microseisms, the small seismic waves excited by rumbling oceans are so ubiquitous and chaotic that seismologists have long set the data aside. “When you record these waves, the seismic record looks like random noise because there are so many sources, one close to the other across the extended area of a storm. They’re all acting at the same time, and the resulting wavefields interfere with each other,” Gualtieri said. “You want to just discard it.”