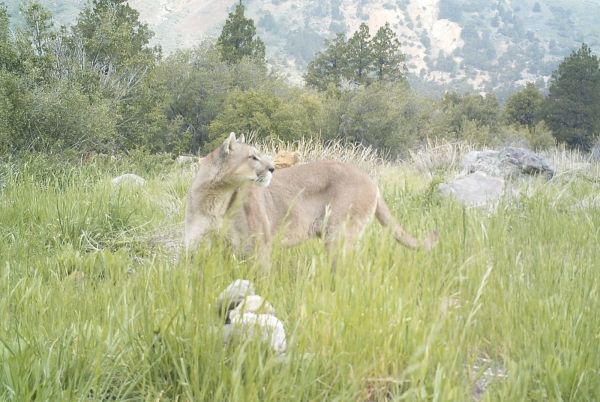 Predators form an unusual coexistence in the central Chilean Andes

In the high plains of the central Chilean Andes, an ecosystem consisting of only a few animal species is providing researchers with new insights into how predators coexist in the wild.

“The puma and the culpeo fox are the only top predators on the landscape in the Chilean Andes,” said Professor Marcella Kelly, of the College of Natural Resources and Environment. “And there isn’t a wide range of prey species, in part because the guanacos [closely related to llamas] aren’t typically found in these areas anymore due to over-hunting. With such a simplified ecosystem, we thought we could really nail down how two rival predators interact.”

Kelly worked with Christian Osorio, a doctoral student in the Department of Fish and Wildlife Conservation, and researchers from the Pontifical Catholic University of Chile to chart the locations of and potential interactions between pumas and foxes in central Chile. They focused on three axes of interaction: spatial (where the animals are on the landscape), temporal (the timing of specific activities on a given landscape), and dietary (what each species is eating).