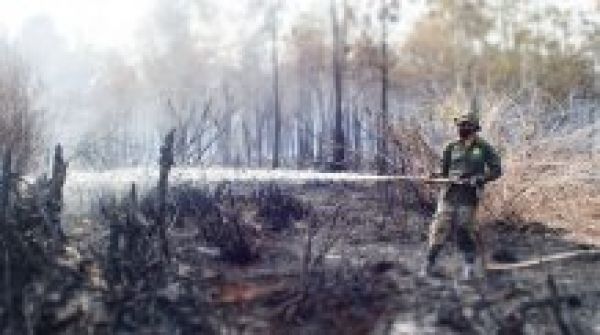 Indonesian wildfires that cause widespread air pollution and vast carbon emissions are a "fixable problem", according to the leader of a project set up to help tackle the issue.

In dry years, Indonesia peatland fires burn for months – and smoke exposure from 2015 alone is expected to lead to up to 100,000 premature deaths.

The 2015 fires, described as the year’s "worst environmental disaster" (Guardian, 2015), also emitted four-and-a-half times as much carbon as the UK economy in a whole year.

A combination of factors including deforestation and climate change play a role, and Project “KaLi” (Kalimantan Lestari – Sustainable Kalimantan) will investigate the causes and possible solutions. This project is funded by UK Research and Innovation (UKRI) through the Global Challenges Research Fund.