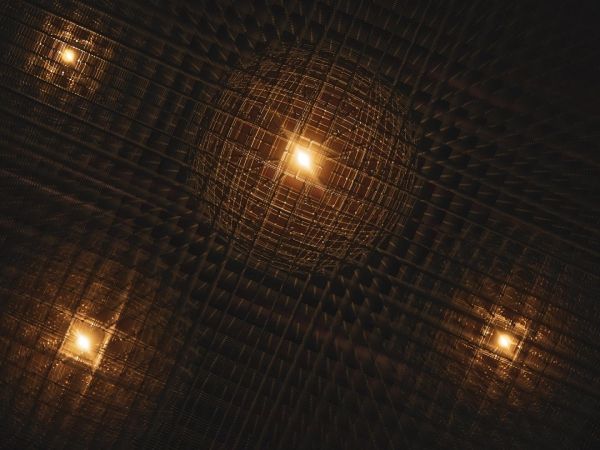 Polarons are fleeting distortions in a material’s atomic lattice that form around a moving electron in a few trillionths of a second, then quickly disappear.

Polarons are fleeting distortions in a material’s atomic lattice that form around a moving electron in a few trillionths of a second, then quickly disappear. As ephemeral as they are, they affect a material’s behavior, and may even be the reason that solar cells made with lead hybrid perovskites achieve extraordinarily high efficiencies in the lab.

Now scientists at the Department of Energy’s SLAC National Accelerator Laboratory and Stanford University have used the lab’s X-ray laser to watch and directly measure the formation of polarons for the first time. They reported their findings in Nature Materials today.

“These materials have taken the field of solar energy research by storm because of their high efficiencies and low cost, but people still argue about why they work,” said Aaron Lindenberg, an investigator with the Stanford Institute for Materials and Energy Sciences (SIMES) at SLAC and associate professor at Stanford who led the research.

“The idea that polarons may be involved has been around for a number of years,” he said. “But our experiments are the first to directly observe the formation of these local distortions, including their size, shape and how they evolve.”

Image: An illustration shows polarons - fleeting distortions in a material's atomic lattice --in a promising next-generation energy material, lead hybrid perovskite. Scientists at SLAC and Stanford observed for the first time how these "bubbles" of distortion form around charge carriers - electrons and holes that have been liberated by pulses of light - which are shown as bright spots here. This process may help explain why electrons travel so efficiently in these materials, leading to high solar cell performance. (Credit: Greg Stewart/SLAC National Accelerator Laboratory)