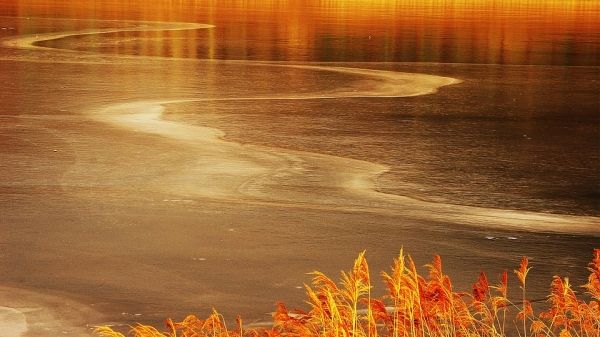 There has been frequent occurrence of red tide in coastal waters around Korea where the sea turns red.

There has been frequent occurrence of red tide in coastal waters around Korea where the sea turns red. Red tide is a phenomenon in which phytoplankton proliferate as nutrient or sewage flow into seawater, making it appear red. This not only causes damage to the fisheries industry but also affects the marine ecosystem.

Professor Kitack Lee and Ph.D. candidate Ji-Young Moon (first author) of POSTECH’s Division of Environmental Science and Engineering have confirmed that the inflow of nitrogen pollutants since the 1980s has disturbed the nutrient balance in the northeast Asian waters and is changing the species of phytoplankton responsible for red tide. The team also found that the fastest change in the oceanic conditions*1 caused by this inflow of nitrogen pollutants is happening in the waters near the Ieodo Ocean Research Station, located downstream of the Changjiang River of China. These findings were recently introduced in the journal Limnology and Oceanography.

The Northeast Asia region, including Korea, China, and Japan, has seen an increase of nitrogen pollutants because of the rapid population growth and industrialization in modern times. As the nitrogen pollutant flows into the sea as a result of floods and monsoons, northeast Asian waters have experienced an unexpected massive fertilization.*2 Many scientists have warned that these nitrogen pollutants not only increase harmful algae bloom in the coastal waters, but also lead to deterioration of water quality and changes in the formation of marine ecosystem species.

The researchers analyzed the nutrient*3 concentration data and the occurrence of red tide in the East China seas and coastal waters of the Korean Peninsula in the past 40 years since the 1980s. The results show that a wide range of oceans in this region have changed from being nitrogen deficient to phosphorus (P) deficient, while at the same time the concentration of nitrate (N) has been higher than that of silicate (Si). In particular, it has been confirmed that the major phytoplankton in Korea’s coastal waters are also changing from diatoms to dinoflagellates.