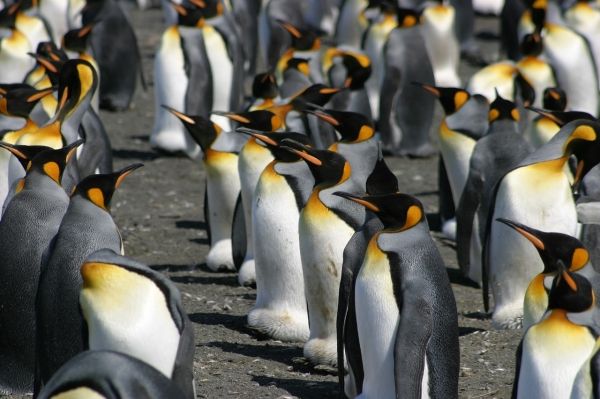 In the future, the Antarctic could become a greener place and be colonised by new species.

In the future, the Antarctic could become a greener place and be colonised by new species. At the same time, some species will likely disappear. 25 researchers recently presented these and many other findings in a major international project, in which they analysed hundreds of articles on the Antarctic published in the past ten years. By doing so, the team have provided an exceptionally comprehensive assessment of the status quo and future of Antarctica and the Southern Ocean that surrounds it.

Never before have researchers arrived at so many new findings on the biological and biochemical processes at work in the Antarctic than in the past ten years. Now 25 experts, led by the Alfred Wegener Institute Helmholtz Centre for Polar and Marine Research (AWI), have analysed and compiled these findings in the project “AnT-ERA”. Having ultimately processed several hundred articles on the Antarctic, the team have now distilled the content into ten core messages addressing a broad range of aspects, e.g. ocean acidification, biodiversity, and the significance of sea ice for various organisms. “If you look at the timeframe from 1970 to the present, roughly 80 percent of all academic publications on biology and biochemistry in the Antarctic were released between 2010 and 2020. That’s what moved us to condense this enormous amount of knowledge into a single article,” says marine biologist and project coordinator Julian Gutt from the AWI. The project outcomes have just been published in the journal Biological Reviews.

One major finding is that the waters of the Antarctic are very likely to grow warmer due to climate change, which in turn increases the probability that plant and animal species from warmer regions will migrate to the Antarctic. In this regard, not just the temperature, but also the future sea-ice cover will be crucial. For example, in the decades to come, the experts expect to see a more intense greening of ice-free coastal areas during the southern summer, as new mosses or lichens migrate. Initially, there will likely be a rise in biodiversity. However, a prolonged warming would have grave consequences for those species that are adapted to extremely low temperatures. “We believe these species will retreat to the last remaining extremely cold regions of the Antarctic,” says Gutt. “That also means we’ll need to protect the regions in order to save these species.”