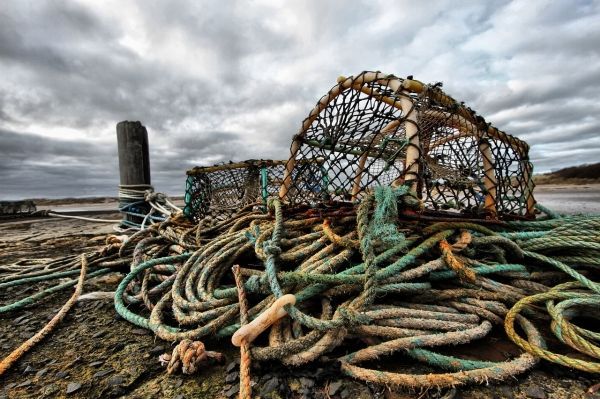 Fishermen contend with regulations, natural disasters, and the ups and downs of the stocks they fish, along with many other changes.

Fishermen contend with regulations, natural disasters, and the ups and downs of the stocks they fish, along with many other changes. As a result, fishing communities are quite resilient. That is, they can withstand, recover from, and adapt to change.

But how much pressure can they stand? The 2014–2016 North Pacific marine heatwave, known as the Blob, led to a harmful algal bloom of unprecedented scale. It necessitated substantial delays in the opening of the 2015–16 U.S. West Coast Dungeness crab fishery. The fishery is vital to West Coast communities. It produces around 26 percent of all annual fishing revenue and supports more than 30 percent of all commercial fishing vessels.

Previous studies have documented the devastating economic impacts from the 2015–16 event on Dungeness crab fishermen. Members of affected coastal communities attest that these socioeconomic effects rippled through associated industries and coastal communities. But can changes in fishing practices in response to this significant climate shock be quantified?

"We wanted to examine the extent to which the Dungeness crab fishery delays affected participation in other fisheries, and the duration of those changes," said Mary Fisher, a doctoral student at the University of Washington. Fisher did the work as a National Science Foundation Graduate Research Internship Program Fellow at NOAA's Northwest Fisheries Science Center.