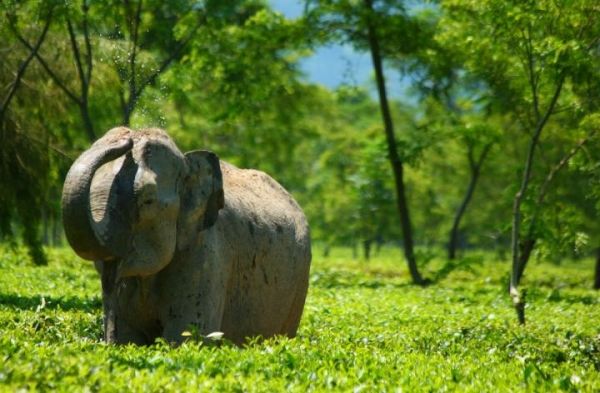 Protected areas are critical to mitigating extinction of species; however, they may also be in conflict with efforts to feed the growing human population.

Protected areas are critical to mitigating extinction of species; however, they may also be in conflict with efforts to feed the growing human population. A new study shows that 6% of all global terrestrial protected areas are already made up of cropland, a heavily modified habitat that is often not suitable for supporting wildlife. Worse, 22% of this cropland occurs in areas supposedly enjoying the strictest levels of protection, the keystone of global biodiversity protection efforts.

This finding was published in the Proceedings of the National Academy of Sciences by researchers at the University of Maryland’s National Socio-Environmental Synthesis Center (SESYNC) and National Institute for Mathematical and Biological Synthesis (NIMBioS) at the University of Tennessee. In order to comprehensively examine global cropland impacts in protected areas for the first time, the authors synthesized a number of remotely sensed cropland estimates and diverse socio-environmental datasets.

The persistence of many native species—particularly habitat specialists (species that depend on a narrow set of natural systems), rare, and threatened species—is incompatible with conversion of habitat to cropland, thus compromising the primary conservation goal of these protected areas. Guided by the needs of conservation end users, the researchers used methods that provide an important benchmark and reproducible methods for rapid monitoring of cropland in protected areas.

Image: The image of a female Asian elephant in a tea plantation on the fringes of Kaziranga National Park in India, bordering the Eastern Himalaya biodiversity hotspot, exemplifies potential impacts to endangered species conservation in cropland-impacted parks. The elephant in the image is mock charging at rescuers extracting her calf from a trench at the edge of the field. (Credit: Image courtesy of Sashanka Barbaruah-Wildlife Trust of India)