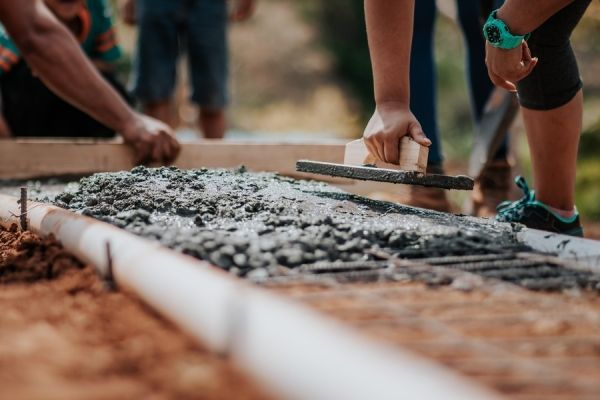 Just along concrete’s gray surface, a chemical reaction is occurring.

Just along concrete’s gray surface, a chemical reaction is occurring. Known as carbonation, this reaction forms calcium carbonate, a benign chalk-like material, but it can also affect climate change.

That’s because calcium carbonate forms when CO2 from the air reacts with water in concrete pores, and then with calcium compounds in concrete — meaning that concrete is a potential carbon sink. Estimating the extent of its carbon uptake at scale, however, has proven difficult.

In a new paper, MIT researchers investigate the carbon uptake of all pavements in the United States. The study finds that the carbonation process could offset 5 percent of the CO2 emissions generated from cement used in U.S. pavements. Much of those offsets, the researchers find, could occur years after pavements have been demolished, especially in states that use composite pavement designs.