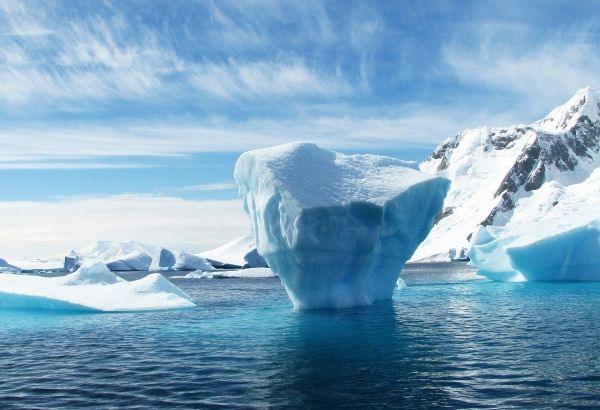 The 1.5-million-ton behemoth was on the loose.

The 1.5-million-ton behemoth was on the loose.

The massive blue-tinged iceberg was headed straight for an offshore drilling platform in the Kara Sea off Western Siberia. Two smoke-billowing Russian tugs, the Almaz and Kigoriak, arrived on the scene bearing an eight-inch-thick, quarter-mile-long tow rope. Almaz took one end, Kigoriak the other, and moving in painstaking synchrony, the tugs formed a lasso around the floe. They dragged it slightly off course, where the Arctic currents took over.

The tugs’ efforts prevented a disastrous and costly collision. But nudging an iceberg is one thing; moving one thousands of miles is another.

It may sound like science fiction, but it’s something WHOI geologist Alan Condron has been thinking about a lot lately. He’s been studying the possibility of towing an iceberg from Antarctica to Cape Town, South Africa, which recently experienced a water crisis.

“Large icebergs could be used to alleviate drought and supply a city with water,” Condron says. “One of the nice things is you wouldn’t have to treat the water with chemicals. It’s pure and fresh.”