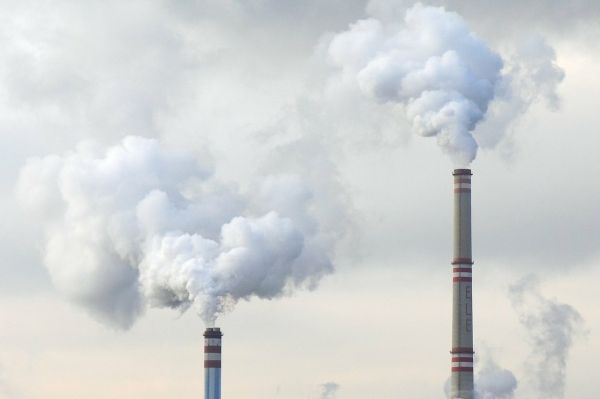 A short-lived resurgence in the emission of ozone depleting pollutants in eastern China will not significantly delay the recovery of Earth’s protective “sunscreen” layer, according to new research published Feb. 10 in Nature.

A short-lived resurgence in the emission of ozone depleting pollutants in eastern China will not significantly delay the recovery of Earth’s protective “sunscreen” layer, according to new research published Feb. 10 in Nature.

Stratospheric ozone, also known as Earth’s ozone layer, helps shield us from the Sun’s harmful Ultraviolet (UV) rays. Compounds like CFC-11 (Trichlorofluoromethane, also known as Freon-11), a chemical once considered safe and widely used as a refrigerant and in the production of insulation for buildings, rise to the stratosphere after emission on Earth’s surface. Once in the atmosphere, CFC’s are broken down by the UV light and result in the destruction of ozone molecules, both reducing stratospheric ozone concentrations globally and contributing to a “hole” in the layer that appears over Antarctica in the spring.

In 1987, the Montreal Protocol – an international treaty enacted to protect the ozone layer from additional degradation – banned new production and trade of ozone depleting substances like CFC-11. One hundred ninety-eight nations have since signed on to the agreement.

After production ceased, scientists still expected CFC-11 to continue leaking over the years from existing products, but at a gradually declining rate. Because of this, the gas is among those monitored at the global scale by the National Oceanic and Atmospheric Administration (NOAA)'s Global Monitoring Division and the Advanced Global Atmospheric Gases Experiment (AGAGE) – a network of monitoring stations funded by NASA and several environmental agencies, and headed by the Center for Global Change Science at the Massachusetts Institute of Technology and the Scripps Institute of Oceanography.