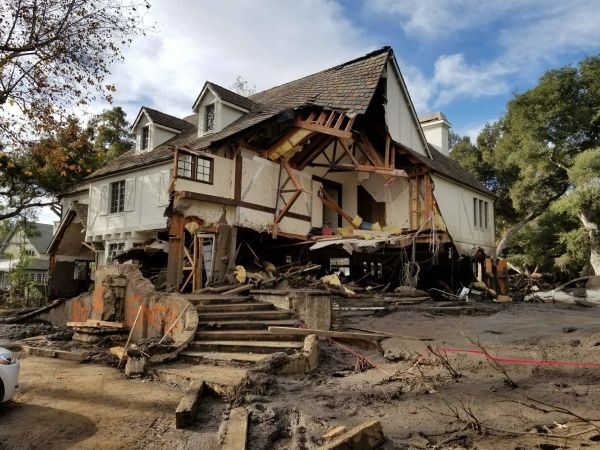 Southern California can now expect to see post-wildfire landslides occurring almost every year, with major events expected roughly every ten years, a new study finds. The results show Californians are now facing a double whammy of increased wildfire and landslide risk caused by climate change-induced shifts in the state’s wet and dry seasons, according to researchers who mapped landslide vulnerability in the southern half of the state.

“This is our attempt to get people thinking about where these hazards are going to be before there’s even a fire,” said Jason Kean, a hydrologist at the U.S. Geological Survey in Denver and lead author of the new study in Earth’s Future, AGU’s journal for interdisciplinary research on the past, present and future of our planet and its inhabitants. “By proactively thinking about hazards, you can start to develop more detailed response plans for their inevitability.”

Wildfires make the landscape more susceptible to landslides when rainstorms pass through, as the water liquefies unstable, dry soil and burned vegetation. Geologists routinely conduct landslide hazard assessments after wildfires occur, but there is often not enough time between a fire and a rainstorm to implement an effective emergency response plan, Kean said.

Image: Damage from a major post-wildfire landslide that occurred on 9 January 2018 near Montecito, Santa Barbara County as a result of the 2017 Thomas Fire. (Credit: USGS/Jason Kean)