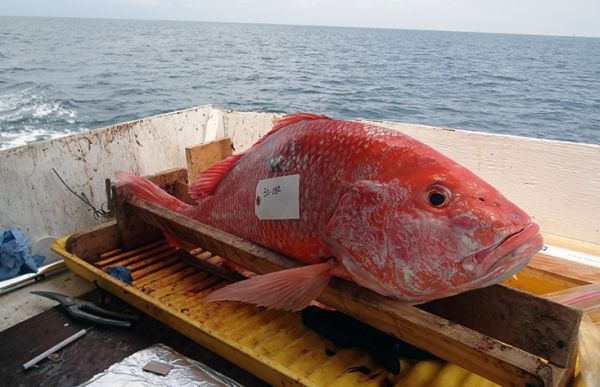 Nearly 100 percent of the red snapper sampled in the Gulf of Mexico over a six-year period showed evidence of liver damage.

Nearly 100 percent of the red snapper sampled in the Gulf of Mexico over a six-year period by University of South Florida (USF) marine scientists showed evidence of liver damage, according to a study reported in Aquatic Toxicology.

The study is the first to correlate the concentration of crude oil found in the workhorses of the digestive system -- the liver, gall bladder, and bile – with microscopic indicators of disease, such as inflammation, degenerative lesions, and the presence of parasites. The team sampled nearly 570 fish from 72 Gulf locations between 2011 to 2017 in the wake of the historic 2010 Deepwater Horizon oil spill.

“The results add to the list of other species we’ve analyzed indicating early warning signs of a compromised ecosystem,” said Erin Pulster, PhD, first author of the study and researcher at the USF College of Marine Science.

Image via University of South Florida