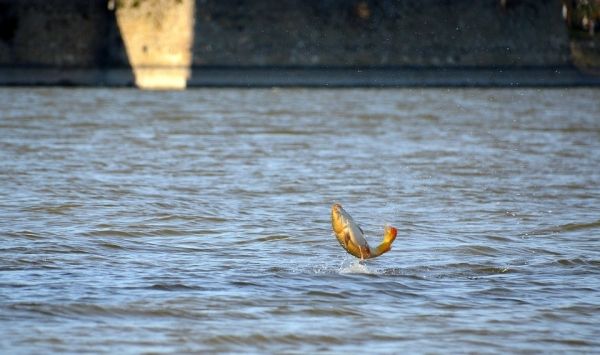 The habitats of freshwater fish species are threatened by global warming, mainly due to rising water temperatures.

The habitats of freshwater fish species are threatened by global warming, mainly due to rising water temperatures. A 3.2-degree Celsius increase in global mean temperature would threaten more than half of the habitat for one third of all freshwater fish species. The number of species at risk is ten times smaller if warming is limited to 1.5 degrees. This is the conclusion of a study led by Radboud University, in collaboration with Utrecht University, PBL Netherlands Environmental Assessment Agency, Leiden University and others, and published in Nature Communications on March 15th.

Many studies have already assessed the potential impacts of climate change on animal and plant species in terrestrial systems. “However, freshwater fish species have been largely ignored, even though they represent approximately a quarter of the global known vertebrate diversity”, says Valerio Barbarossa, lead author of the paper. This is the first study that investigated the potential impact of climate change on approximately 11,500 freshwater fish species around the globe.

With a global rise of 3.2 degrees Celsius, a scenario expected if there are no further emission cuts after current governments’ pledges for 2030, over one third of the freshwater species have more than half of their present-day habitats threatened by extremes in water temperature or streamflow.