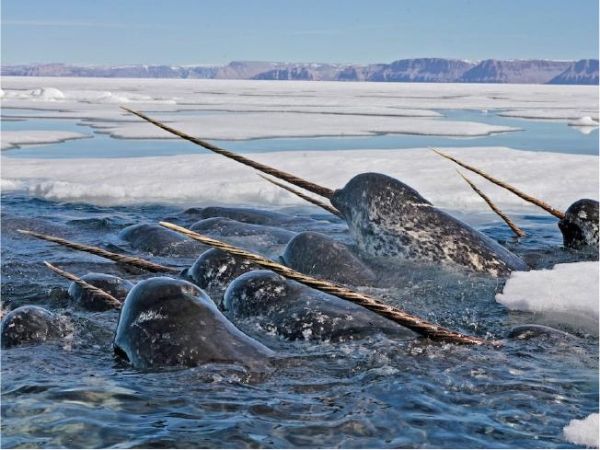 In the Arctic, climate change and pollution are the biggest threats to top predators like narwals.

In the Arctic, climate change and pollution are the biggest threats to top predators like narwals. Studying the animals’ tusks reveals that diet and exposure to pollution have shifted over the past half century in response to sea-ice decline. Human emissions have also led to a sharp rise in the presence of mercury in recent years, according to an international team of researchers.

“Our research shows that climate change is having substantial impacts on Arctic ecosystems, with consequences for exposure to toxic pollutants like mercury,” says co-author Jean-Pierre Desforges, a Postdoctoral Fellow at McGill University under the supervision of Nil Basu and Melissa McKinney.

Using natural growth layers in the tusk of male narwhals, the researchers were able to document yearly changes in mercury exposure dating back to the 1960s in a study published in Current Biology.