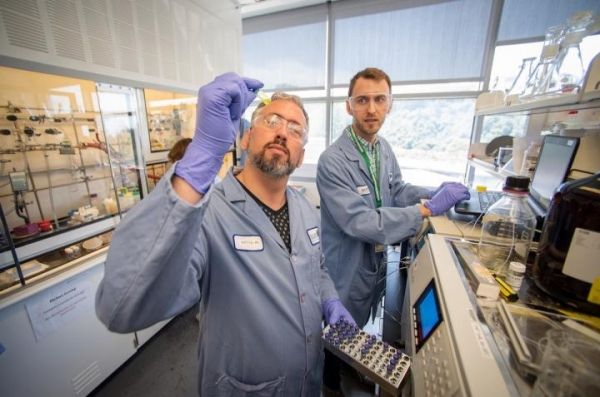 Plastics are a part of nearly every product we use on a daily basis.

Plastics are a part of nearly every product we use on a daily basis. The average person in the U.S. generates about 100 kg of plastic waste per year, most of which goes straight to a landfill. A team led by Corinne Scown, Brett Helms, Jay Keasling, and Kristin Persson at Lawrence Berkeley National Laboratory (Berkeley Lab) set out to change that.

Less than two years ago, Helms announced the invention of a new plastic that could tackle the waste crisis head on. Called poly(diketoenamine), or PDK, the material has all the convenient properties of traditional plastics while avoiding the environmental pitfalls, because unlike traditional plastics, PDKs can be recycled indefinitely with no loss in quality.

Now, the team has released a study that shows what can be accomplished if manufacturers began using PDKs on a large scale. The bottom line? PDK-based plastic could quickly become commercially competitive with conventional plastics, and the products will get less expensive and more sustainable as time goes on.

“Plastics were never designed to be recycled. The need to do so was recognized long afterward,” explained Nemi Vora, first author on the report and a former postdoctoral fellow who worked with senior author Corinne Scown. “But driving sustainability is the heart of this project. PDKs were designed to be recycled from the get-go, and since the beginning, the team has been working to refine the production and recycling processes for PDK so that the material could be inexpensive and easy enough to be deployed at commercial scales in anything from packaging to cars.”