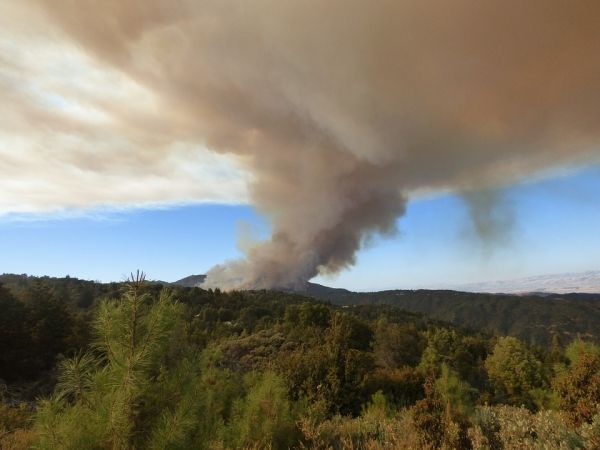 UC Riverside engineers are developing methods to estimate the impact of California’s destructive wildfires on air quality in neighborhoods affected by the smoke from these fires.

UC Riverside engineers are developing methods to estimate the impact of California’s destructive wildfires on air quality in neighborhoods affected by the smoke from these fires. Their research, funded by NASA and the results published in Atmospheric Pollution Research, fills in the gaps in current methods by providing air quality information at the neighborhood scales required by public health officials to make health assessments and evacuation recommendations.

Measurements of air quality depend largely on ground-based sensors that are typically spaced many miles apart. Determining how healthy it is to breathe air is straightforward in the vicinity of the sensors but becomes unreliable in areas in between sensors.

Akula Venkatram, a professor of mechanical engineering in UC Riverside’s Marlan and Rosemary Bourns College of Engineering, directed a group that developed a method to interpret fine particulate matter concentrations observed by ground-based sensors during the 2017 fire complex that included the Atlas, Nuns, Tubbs, Pocket, and Redwood Valley fires, and the 2018 Camp Fire.

Their method fills in the gaps in air quality information obtained from ground-level monitors and satellite images using a mathematical model that simulates the transport of smoke from the fires. This approach provides estimates of particulate emissions from wildfires, which is the most uncertain of the inputs of other methods of interpreting the same data. These emissions combined with the physics embodied in the smoke transport model allowed the group to estimate the variation of particulate concentrations over distances as small as one kilometer.