Details
University of Tennessee at Knoxville 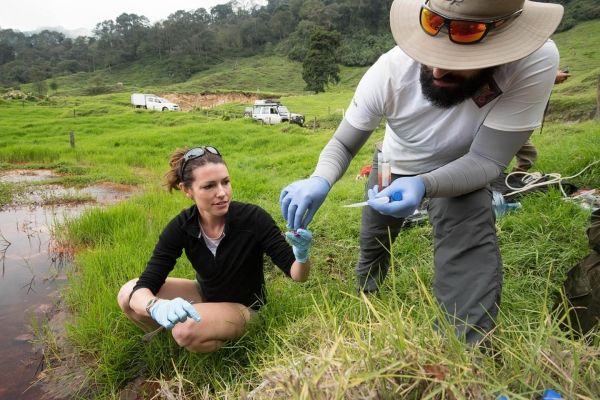 Violent continental collisions and volcanic eruptions are not things normally associated with comfortable conditions for life.

Violent continental collisions and volcanic eruptions are not things normally associated with comfortable conditions for life. However, a new study, involving University of Tennessee, Knoxville, Associate Professor of Microbiology Karen Lloyd, unveils a large microbial ecosystem living deep within the earth that is fueled by chemicals produced during these tectonic cataclysms.

When oceanic and continental plates collide, one plate is pushed down, or subducted, into the mantle and the other plate is pushed up and studded with volcanoes. This is the main process by which chemical elements are moved between Earth’s surface and interior and eventually recycled back to the surface.

“Subduction zones are fascinating environments—they produce volcanic mountains and serve as portals for carbon moving between the interior and exterior of Earth,” said Maarten de Moor, associate professor at the National University of Costa Rica and coauthor of the study.

Professor of Microbiology Karen Lloyd hands over a water sample while on a research trip to Costa Rica. Lloyd and her team studied carbon life forms in warm springs and volcanos. Scientists from around the world participated in the study. Location: Santa Teresa Spring.(Photo Credit: Tom Owens)