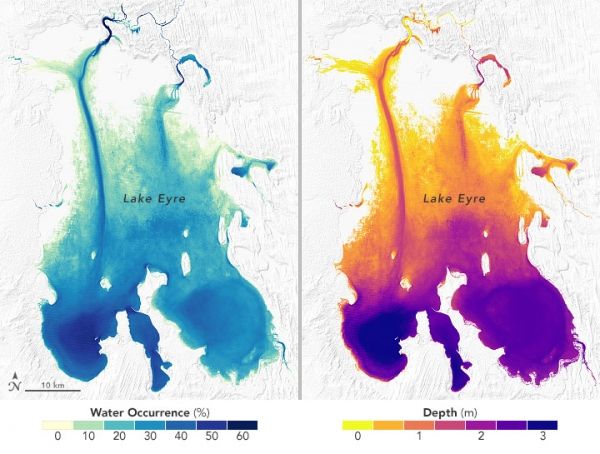 Lakes rarely have uniform depth. They contain dips and bumps across their floors that affect the amount of water they can hold. Traditionally, mapping the bottom of a lake has been done by deploying instruments from boats and ships. But that method is most useful for lakes that are easy to access, important to navigation, or flooded often.

Now researchers have generated a new technique to measure the depth of some of the most isolated, shallow lakes. Ephemeral lakes usually only fill after heavy seasonal rains or when a passing tropical cyclone drenches the landscape. Scientists from Israel and Australia recently used NASA satellite data to map the shape and depth (bathymetry) of such lakes in deserts.

By knowing the shapes of lake beds in dry regions, researchers can better estimate the amount of water stored in such basins and then improve water management. They also can reconstruct past climates when the lakes may have been fuller.