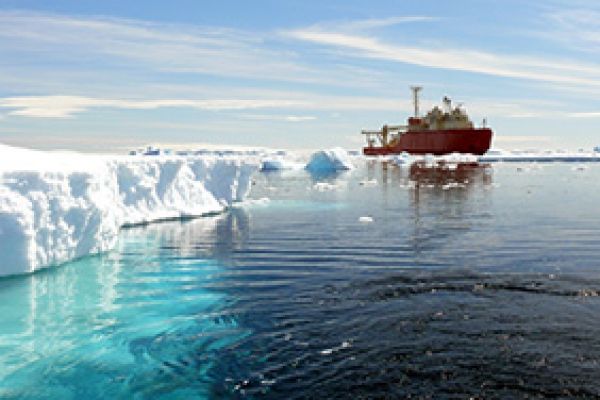 The Southern Ocean dominates the oceanic uptake of human-made CO2. But how much carbon dioxide can it actually absorb in the future?

This long-standing question remained unresolved as projections of different generation of climate models repeatedly showed a wide range of future Southern Ocean CO2 sink estimates. Climate scientists from Bern have now been able to reduce this large uncertainty by about 50 percent.

Anyone researching the global carbon cycle has to deal with unimaginably large numbers. The Southern Ocean – the world's largest ocean sink region for human-made CO2 – is projected to absorb a total of about 244 billion tons of human-made carbon from the atmosphere over the period from 1850 to 2100 under a high CO2 emissions scenario. But the uptake could possibly be only 204 or up to 309 billion tons. That's how much the projections of the current generation of climate models vary. The reason for this large uncertainty is the complex circulation of the Southern Ocean, which is difficult to correctly represent in climate models.

"Research has been trying to solve this problem for a long time. Now we have succeeded in reducing the great uncertainty by about 50 percent," says Jens Terhaar of the Oeschger Centre for Climate Change Research at the University of Bern. Together with Thomas Frölicher and Fortunat Joos, who are also researchers at the Oeschger Centre, Terhaar has just presented in the scientific journal “Sciences Advances” a new method for constraining the Southern Ocean's CO2 sink.

Continue reading at University of Bern

Image via University of Bern