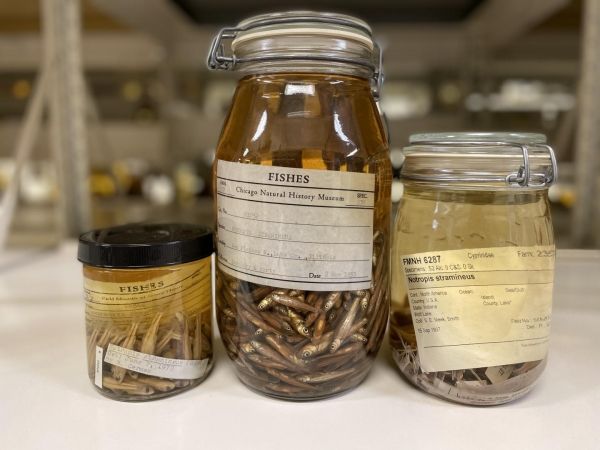 Forget diamonds—plastic is forever. It takes decades, or even centuries, for plastic to break down, and nearly every piece of plastic ever made still exists in some form today.

Forget diamonds—plastic is forever. It takes decades, or even centuries, for plastic to break down, and nearly every piece of plastic ever made still exists in some form today. We’ve known for a while that big pieces of plastic can harm wildlife—think of seabirds stuck in plastic six-pack rings—but in more recent years, scientists have discovered microscopic bits of plastic in the water, soil, and even the atmosphere. To learn how these microplastics have built up over the past century, researchers examined the guts of freshwater fish preserved in museum collections; they found that fish have been swallowing microplastics since the 1950s and that the concentration of microplastics in their guts has increased over time.

“For the last 10 or 15 years it's kind of been in the public consciousness that there's a problem with plastic in the water. But really, organisms have probably been exposed to plastic litter since plastic was invented, and we don't know what that historical context looks like,” says Tim Hoellein, an associate professor of biology at Loyola University Chicago and the corresponding author of a new study in Ecological Applications. “Looking at museum specimens is essentially a way we can go back in time.”

Caleb McMahan, an ichthyologist at the Field Museum, cares for some two million fish specimens, most of which are preserved in alcohol and stored in jars in the museum’s underground Collections Resource Center. These specimens are more than just dead fish, though—they’re a snapshot of life on Earth. “We can never go back to that time period, in that place,” says McMahan, a co-author of the paper.