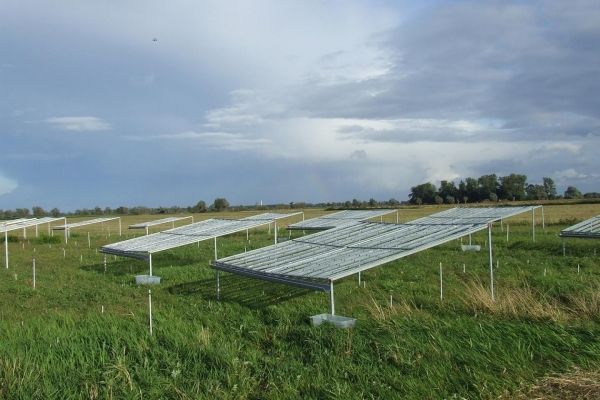 Water is a scarce resource in many of the Earth’s ecosystems. This scarcity is likely to increase in the course of climate change. This, in turn, might lead to a considerable decline in plant diversity.

Water is a scarce resource in many of the Earth’s ecosystems. This scarcity is likely to increase in the course of climate change. This, in turn, might lead to a considerable decline in plant diversity. Using experimental data from all over the world, scientists from the Helmholtz Centre for Environmental Research (UFZ), the German Centre for Integrative Biodiversity Research (iDiv), and the Martin Luther University of Halle-Wittenberg (MLU) have demonstrated for the first time that plant biodiversity in drylands is particularly sensitive to changes in precipitation. In an article published in Nature Communications, the team warns that this can also have consequences for the people living in the affected regions.

How will climate change affect the Earth’s ecosystems? How will biodiversity in different regions change? Such important questions about the future are difficult to answer. In order to do so, it is important to know how the individual species and their communities will react to changing precipitation conditions, for example. But despite numerous scientific experiments worldwide, we do not have synthetic, global answers to these questions. For example, experiments differ greatly in their methodology, such as whether they add small or large amounts of water. "These studies use different methods and are located in different regions of the world", says first author Dr. Lotte Korell, a biologist at the UFZ. "And these studies yield contradictory results in many cases". Together with her colleagues, she has therefore set out to derive a general understanding from the data collected worldwide. The focus was on how an increase or decrease in precipitation affects the plant diversity of terrestrial ecosystems.

Study site on the Havel River (Germany), one of 72 field experiments worldwide whose data were included in the synthesis. (Photo Credit: Kristin Ludewig)