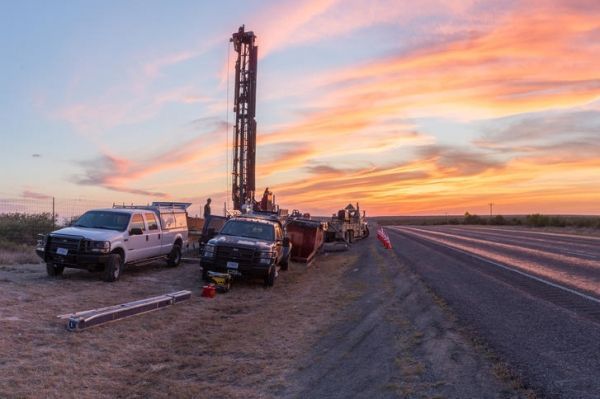 Stanford scientists simulated the local risk of damaging or nuisance-level shaking caused by hydraulic fracturing across the Eagle Ford shale formation in Texas.

Hydraulic fracturing to extract trapped fossil fuels can trigger earthquakes. Most are so small or far from homes and infrastructure that they may go unnoticed; others can rattle windows, sway light fixtures and jolt people from sleep; some have damaged buildings.

Stanford University geophysicists have simulated and mapped the risk of noticeable shaking and possible building damage from earthquakes caused by hydraulic fracturing at all potential fracking sites across the Eagle Ford shale formation in Texas, which has hosted some of the largest fracking-triggered earthquakes in the United States.

Published April 29 in Science, the results show the most densely populated areas – particularly a narrow section of the Eagle Ford nestled between San Antonio and Houston – face the greatest risk of experiencing shaking strong enough to damage buildings or be felt by people. “We found that risks from nuisance or damage varies greatly across space, depending mostly on population density,” said lead study author Ryan Schultz, a PhD student in geophysics at Stanford.