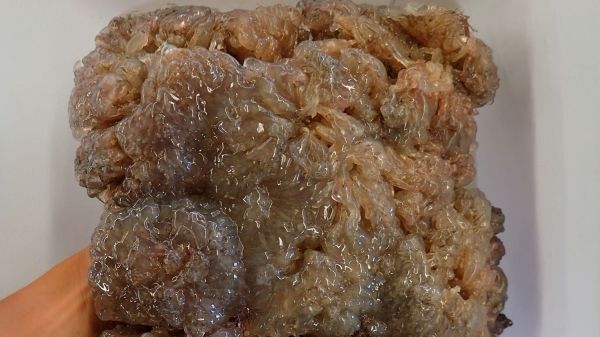 Clavelina oblonga, an invasive marine fouling species, not only reduces diversity in communities it invades, it also interferes in their recovery following natural disasters.

Succession refers to how an ecosystem recovers after a disturbance or natural disaster – does the system come back more or less the same as it was in terms of species composition, or is it different?

“The classic example of succession is a forest that experiences a wildfire,” says Kayla Christianson, former NC State graduate student and first author of a paper describing the research. “As the community recovers from the fire, it proceeds through a predictable pattern of community development – starting with grasses and ending with trees and a mature forest. This predictable order of succession is due mainly to the seed bank beneath the soil, which allows the community to recover regardless of when the disturbance occurs.”

However, marine fouling communities don’t follow the same pattern as terrestrial ecosystems. Marine fouling species are invertebrate filter-feeding organisms – like barnacles or mussels – that settle on hard substrates, like docks, pilings, or ship hulls. Soft-bodied tunicates such as the invasive C. oblonga are also fouling species.