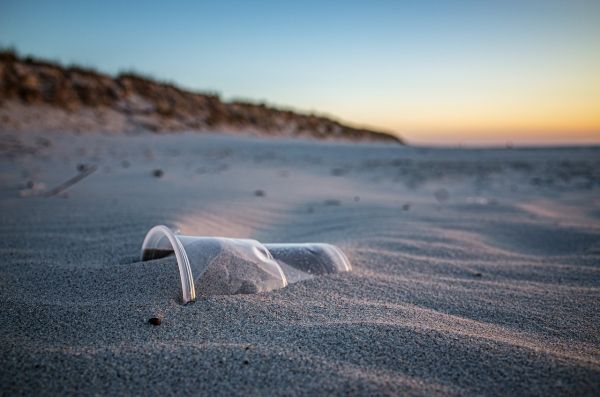 In Europe, beachgoers have grown accustomed to the dispiriting sight of plastic garbage strewn along shorelines.

In Europe, beachgoers have grown accustomed to the dispiriting sight of plastic garbage strewn along shorelines. Indeed, 85 percent of the continent’s saltwater beaches and seas exceed pollution standards on marine litter. The Mediterranean Sea is the most defiled of all, with researchers collecting an average of 274 pieces of plastic refuse per 100 meters of shoreline. And beneath the waves, microplastics have turned coastal waters into toxic “plastic soups.”

In an all-out push to clean up Europe’s beaches — one plank in the European Union’s trailblazing efforts to address the almost 28 million U.S. tons of plastic waste it generates annually — a ban comes into effect July 3 that halts the sale in EU markets of the ten plastic products that most commonly wash up on the continent’s shores. These include, among other items, plastic bottle caps, cutlery, straws and plates, as well as Styrofoam food and beverage containers.

The ban is the most visible sign of Europe’s efforts to curtail plastics pollution by creating the world’s first-ever circular plastics regime. By the end of this decade, this will lead to a ban on throwaway plastics, the creation of a comprehensive reuse system for all other plastics, and the establishment of an expansive and potentially lucrative European market for recycled plastics.