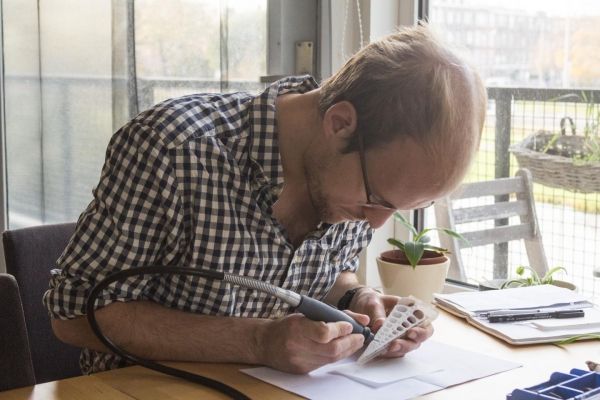 Palaeoclimatologists study climate of the geological past.

Palaeoclimatologists study climate of the geological past. Using an innovative technique, new research by an international research team led by Niels de Winter (VUB-AMGC & Utrecht University) shows for the first time that dinosaurs had to deal with greater seasonal differences than previously thought.

To better characterize the climate during this period of high CO2 concentration, the researchers used very well-preserved fossils of mollusks that lived in southern Sweden during the Cretaceous period, about 78 million years ago. Those shells grew in the warm, shallow seas that covered much of Europe at the time. They recorded monthly variations in their environment and climate, like the rings in a tree. For their research, de Winter and the team used the "clumped isotope" method for the first time, in combination with a method developed by Niels de Winter.