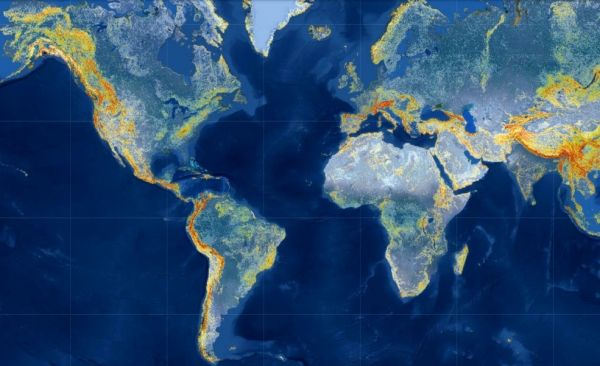 Every year, landslides – the movement of rock, soil, and debris down a slope – cause thousands of deaths, billions of dollars in damages, and disruptions to roads and power lines.

Because terrain, characteristics of the rocks and soil, weather, and climate all contribute to landslide activity, accurately pinpointing areas most at risk of these hazards at any given time can be a challenge. Early warning systems are generally regional – based on region-specific data provided by ground sensors, field observations, and rainfall totals. But what if we could identify at-risk areas anywhere in the world at any time?

LHASA Version 2, released last month along with corresponding research, is a machine-learning-based model that analyzes a collection of individual variables and satellite-derived datasets to produce customizable “nowcasts.” These timely and targeted nowcasts are estimates of potential landslide activity in near-real time for each 1-square-kilometer area between the poles. The model factors in the slope of the land (higher slopes are more prone to landslides), distance to geologic faults, the makeup of rock, past and present rainfall, and satellite-derived soil moisture and snow mass data.