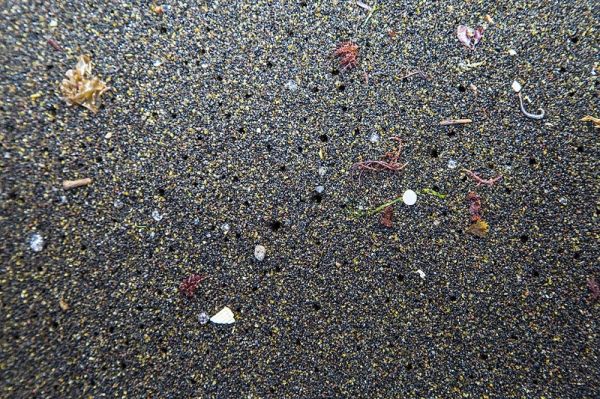 Satellites reveal fluctuation in the Great Pacific Garbage Patch and releases from the Yangtze River.

Satellites reveal fluctuation in the Great Pacific Garbage Patch and releases from the Yangtze River.

An estimated 8 million tons of plastic trash enters the ocean each year, and most of it is battered by sun and waves into microplastics—tiny flecks that can ride currents hundreds or thousands of miles from their point of entry

The debris can harm sea life and marine ecosystems, and it’s extremely difficult to track and clean up.

Now, University of Michigan researchers have developed a new way to spot ocean microplastics across the globe and track them over time, providing a day-by-day timeline of where they enter the water, how they move and where they tend to collect.

Read more at University of Michigan