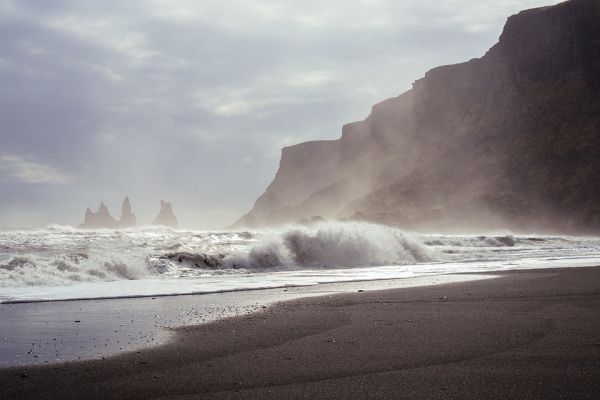 The combination of sea level rise, tides, storm surge and waves has increased the overtopping of natural and artificial coastal protection by nearly 50% in the last two decades.

The combination of sea level rise, tides, storm surge and waves has increased the overtopping of natural and artificial coastal protection by nearly 50% in the last two decades. This revelation comes from an international study coordinated by IRD, involving international partners?. The study was published in the prestigious scientific journal Nature Communications on June 18th 2021. By combining satellite data and digital models, the researchers have shown that coastal overtopping, and consequently the risk of flooding, is set to further accelerate over the 21st century, by up to 50-fold under a high emission global warming scenario, especially in the tropics. This increase is principally caused by a combination of sea level rise and ocean waves.

Low-lying coastal regions host nearly 10% of the world's population. In addition to ongoing erosion and rising sea levels, these areas and their unique ecosystems are facing destructive hazards, including episodic flooding due to overtopping of natural/artificial protection, as in the case of Hurricane Katrina, which hit the United States in 2005, Cyclone Xynthia in Europe in 2010, and Typhoon Haiyan in Asia in 2013 (the largest tropical cyclone ever measured). These episodic events are expected to become more severe and more frequent due to global warming, while the consequences will also increase due to increased anthropogenic pressure, such as coastal and infrastructure development, rapid urbanisation. Although the magnitude and frequency of these events remain uncertain, scientists believe that countries in the tropics will be particularly affected.