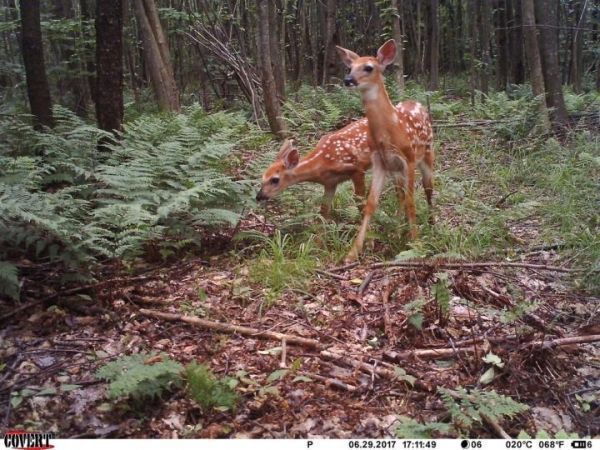 Burnout. It is a syndrome that is said to afflict humans who feel chronic stress.

Burnout. It is a syndrome that is said to afflict humans who feel chronic stress. But after conducting a novel study using trail cameras showing the interactions between white-tailed deer fawns and predators, a Penn State researcher suggests that prey animals feel it, too.

“And you can understand why they do,” said Asia Murphy, who recently graduated with a doctorate from Penn State's Intercollege Graduate Degree Program in Ecology. “Less than half of whitetail fawns live to see their first birthday, and many are killed by predators, such as coyotes, black bears and bobcats. Fawns instinctively ‘know’ they are in constant danger.”

Ironically, the presence of humans — who mean the fawns no harm and likely would protect them if they could — only ratchets up the stress the young animals experience, Murphy added. Even if it's just people hiking on a trail in a state park, it is a disturbance to be avoided by fawns, leaving less landscape and less time for them to feed and evade predators.

These fawns are showing vigilance. But when young white-tailed deer perceive that there is so much danger coming from so many sources, their behavior seemed like they just relaxed, according to researchers -- like there's no point in being ready to hide or flee. (Photo Credit: Asia Murphy/Penn State)