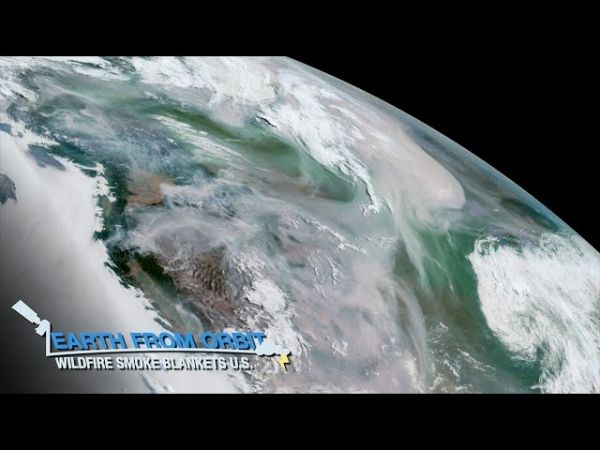 Wildfire activity amid extreme heat and drought has resulted in smoke blanketing much of the United States and Canada.

NOAA satellites are monitoring the fires, their smoke output, and air quality effects from the smoke. The fires are injecting smoke 40,000 feet into the atmosphere and compromising air quality.

The Bootleg Fire in southern Oregon is currently the nation’s largest active fire. This large, rapidly growing fire began on July 6 and had burned 212,377 acres as of July 14. The Oregon Department of Environmental Quality issued an air quality advisory for south-central and northeastern Oregon through July 16. InciWeb warned that the fire will continue to be extremely active, fueled by extreme drought conditions, low humidity, and high temperatures.