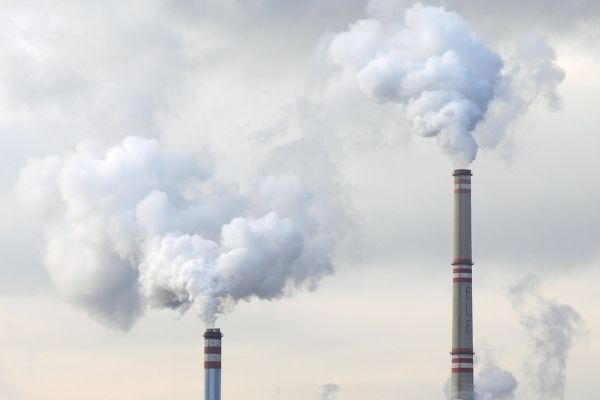 For more than 30 years, scientists on the U.N.’s Intergovernmental Panel on Climate Change have focused on human-induced climate change.

For more than 30 years, scientists on the U.N.’s Intergovernmental Panel on Climate Change have focused on human-induced climate change. Their fifth assessment report led to the Paris Agreement in 2015 and, shortly after, a special report on the danger of global warming exceeding 1.5 degrees Celsius above pre-industrial levels. The Nobel Prize-winning team stressed that mitigating global warming “would make it markedly easier to achieve many aspects of sustainable development, with greater potential to eradicate poverty and reduce inequalities.”

In a first-of-its-kind study that combines assessments of the risks of toxic emissions (e.g., fine particulate matter), nontoxic emissions (e.g., greenhouse gases) and people’s vulnerability to them, University of Notre Dame postdoctoral research associate Drew (Richard) Marcantonio, doctoral student Sean Field (anthropology), Associate Professor of Political Science Debra Javeline and Princeton’s Agustin Fuentes (formerly of Notre Dame) found a strong and statistically significant relationship between the spatial distribution of global climate risk and toxic pollution. In other words, countries that are most at risk of the impacts of climate change are most often also the countries facing the highest risks of toxic pollution.

They also measured other variables, including the correlation of the spatial distribution of toxic environments, total mortality due to pollution and climate risk, and they found a strong interconnection. They write in their in their forthcoming PLOS paper, “Global distribution and coincidence of pollution, climate impacts, and health risk in the Anthropocene”: “Deaths resulting from toxic pollution are highest where the distribution of toxic pollution is greatest and, critically, also where the impacts of climate change pose the greatest risk.”